I told myself that when I started my blog, I was going to do some good honest product reviews and suggestions as I hate when people lie to me to get me to buy something – did I mention I have a 2 degrees in PR/Advertising? Ha!

One of the latest things that I bought because the infomercial was just too magical to ignore was the TubShroom. I know you have seen this thing: 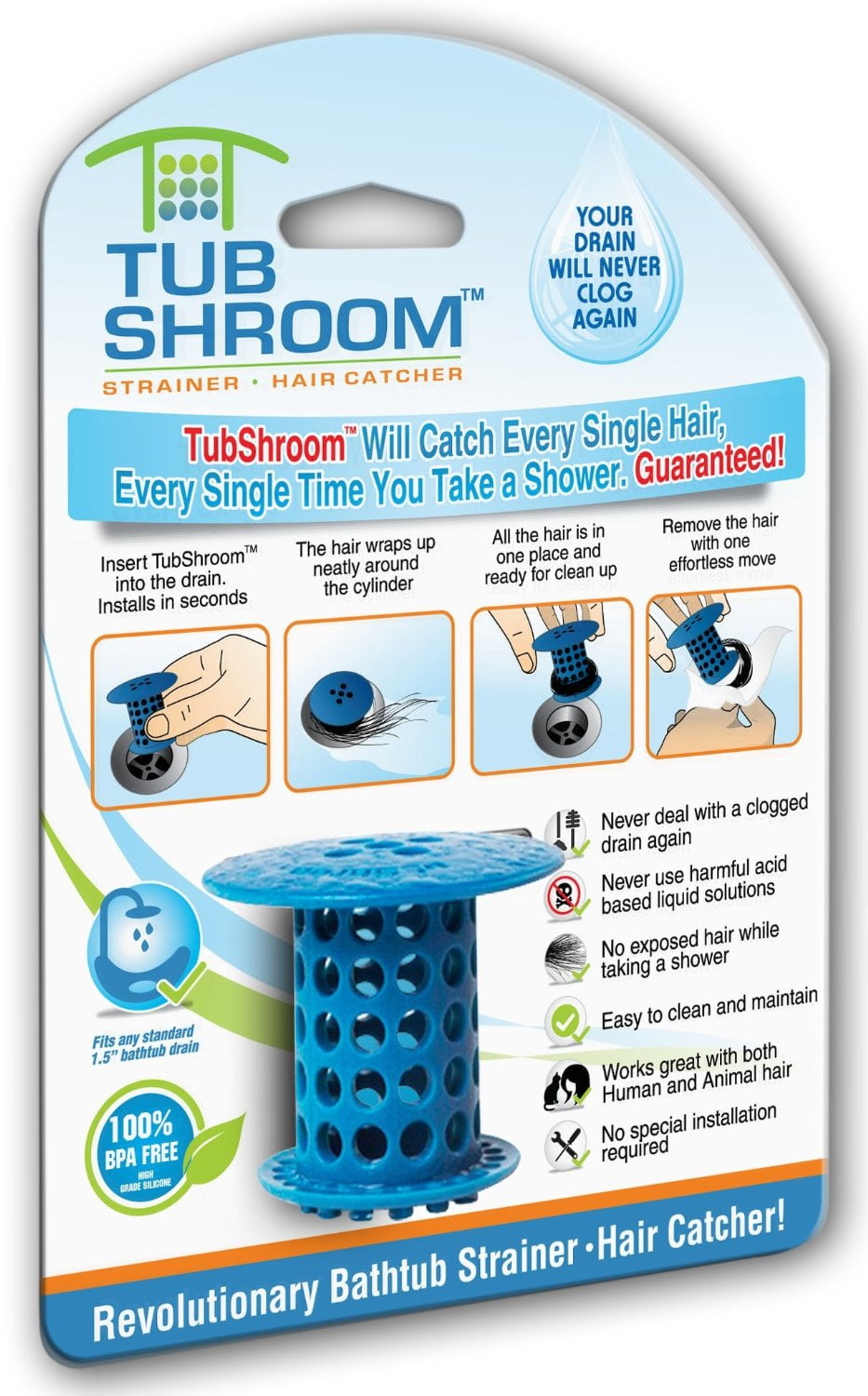 See!? Familiar right? So I guess I was curious if this little thing actually worked or if it was going to be a worthless piece of plastic I was going to chuck into the trash.

Guess what y’all?! IT WORKS! It truly is magical!

Some background: I am part Cherokee. I have thick heavy hair that I normally throw into some kind of bun thing on top of my head for work so it’s out of my way. Anywho… did you know that on average you lose up to 100 hairs daily? When you wear your hair up all day, they don’t just scatter the about. They will normally dislodge themselves when you finally allow your Rapunzel tresses to come flowing down and for me that normally doesn’t happen until it’s time to shower. Here is where the clogged drain comes into play. I would have to snake the drain or try to unclog it which would normally mean going out to and buying Drano or some other type of pipe clearing chemical.

My issues with that is A) I’m going out and spending money on something that is literally going straight down the drain. I hate wasting money. Marketing evil geniuses I tell you. B) I don’t like chemicals! I don’t want to breathe them, I don’t want my dog around them. There’s enough pollution out there that I don’t need to be adding to it. C) If you’ve tried the “natural” method of baking soda and vinegar, you know that only works so well. It might work on a small, barely slowing down the water flow, clog. It’s NOT working if it appears that a Wookie took a bath in your tub.

So this little TubShroom is a little rubber lifesaver! Or money saver I should say! I purchased mine from Amazon back in November for $10.39. I chose grey. I felt like it was a good neutral choice for my bathroom and didn’t scream out against my chrome fixtures. This little baby does it’s job! All the hair that went down the drain was wrapped around the base and stayed out of my drain! Something you will have to do after each shower (or before the next, whatever rubs your Buddha), you will need to clean the hair off of it. If you let it go for a couple days, you’re going to see that your tub will be fill with water and won’t drain as quickly because the drain holes in the base of the TubShroom are clogged with hair and water can’t pass through. One itty bitty set back, but, here it is at the end of March and I have not poured chemicals down my drain in 4 months when I was having to do it once every 3-4 weeks.

At my local Target, a 32oz. bottle of Drano is $4. You use half to a whole bottle per treatment depending on how bad your clog is. That means $4 every 3-4 weeks. I could have easily spent $12-$16+ on Drano in 4 months time. I didn’t. I spent less than that on a little piece of rubber that isn’t polluting the water supply, damaging my pipes, or releasing toxic chemicals into the air me and my family are breathing. So worth it people! If you were every questioning whether or not this little thing is worth it, it is! Every penny!